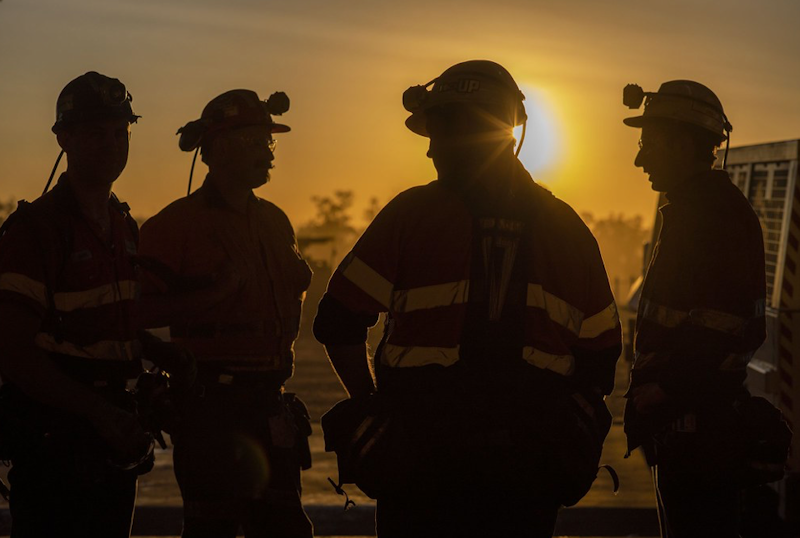 Australia's largest rail freight operator, Aurizon and leading global mining company Anglo American have agreed to work together on a feasibility study (the "Feasibility Study") to assess the introduction of hydrogen-powered trains for bulk freight.
Aurizon and Anglo American have entered into an agreement to conduct the Feasibility Study that will explore the application of Anglo American's proprietary hydrogen fuel cell and battery hybrid power units in heavy haul freight rail operations. If the Feasibility Study is successful, the agreement between the two companies could be extended to further phases of collaboration, which could include detailed engineering and the development of a hydrogen fuelled heavy haul locomotive prototype. For further information see the IDTechEx report on The Hydrogen Economy, Fuel Cells and Hydrogen Production Methods.
The Feasibility Study will focus on the potential deployment of Anglo American's hydrogen power technology on Aurizon's Moura rail corridor that operates between Anglo American's Dawson metallurgical coal mine and the Gladstone Port, and the Mount Isa rail corridor that operates between the North West Minerals Province to Townsville Port, via Aurizon's Stuart Terminal.
As part of its commitment to carbon neutral mines by 2040, Anglo American has taken a global lead in the development of green hydrogen solutions for its ultra-class 290 tonne payload mine haul trucking fleet. Anglo American's unique combination of powertrain technologies, designed to operate safely and effectively in real-world mine conditions, will displace the use of the majority of diesel at its mining operations, with an advanced trial of the prototype truck at its Mogalakwena platinum group metals mine in South Africa: Anglo American Hydrogen power.
Aurizon is Australia's largest rail freight company, with the decarbonisation of its supply chains at the centre of its target to reach net zero operational emissions by 2050. Aurizon has also commenced research & development for battery-powered trains with a number of industry parties and Australian universities.
"Hydrogen offers enormous opportunity in decarbonising and continuing to improve the competitiveness of Australia's export supply chains," Aurizon's Managing Director & CEO Andrew Harding said. "This is especially true for bulk products underpinning the Australian economy including minerals, agricultural products and fertilisers, industrials and general freight. Zero-carbon hydrogen-powered trains would also significantly boost the current environmental benefits of transporting more of Australia's bulk freight on rail. Rail freight already produces up to 16 times less carbon pollution per tonne kilometre than road. Aurizon is excited to be teaming up with Anglo American on this project, particularly given their success to date in developing unique technology solutions for use in mine haul fleets," said Mr Harding.
Tyler Mitchelson, CEO of Anglo American in Australia, said, "Anglo American has committed to carbon neutral operations by 2040, and we are aiming to reduce our Scope 3 emissions by 50% in the same timeframe. We know that we cannot achieve all of this alone, so we are working with partners along our value chains and outside our industry to find technical solutions to decarbonise. This collaboration with Aurizon is a great example of the power of partnerships to help address the urgent issue of climate change, while we also look to catalyse new markets to support the development and growth of the hydrogen economy," he said.
Tony O'Neill, Technical Director of Anglo American, added: "Our agreement with Aurizon marks the first time our hydrogen power technology could be tested beyond our existing mine haul truck programme. Displacing our use of diesel is critical to eliminating emissions at our sites and along our value chain. We believe that our innovative hydrogen-led technology provides a versatile solution, whether for trucks or trains or other forms of heavy duty transport."
The North West Mineral Province contains about 75 per cent of the Queensland's base metal and minerals, including copper, lead, zinc, silver, gold, cobalt and phosphate deposits. The province also has the potential to become a globally significant supplier of high-quality vanadium to the energy storage and steel markets with a number of projects under assessment.
The 180-kilometre Moura rail corridor from Dawson to the Gladstone port, and the 977km Mt Isa rail corridor from Mt Isa to Townsville Port both use diesel fuelled locomotives.
Source and top image: Anglo American